Volker Mehrmann was elected as the new President at the annual meeting of the European Mathematical Society (EMS). He will take up his four-year term on 1st January 2019. Read in the following interview what he has set on his agenda. 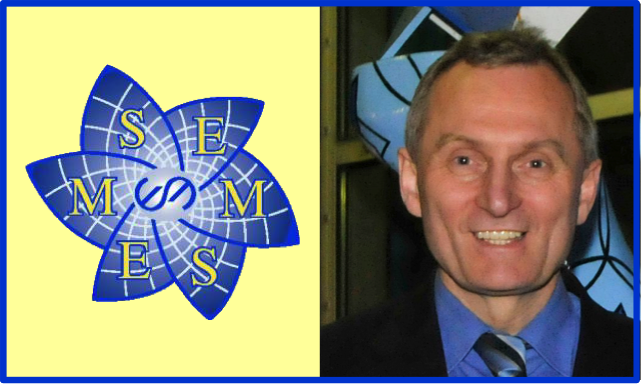 Prof. Mehrmann, congratulations, you were elected as the new President at the annual meeting of the European Mathematical Society EMS. Your predecessors include such well-known personalities as Friedrich Hirzebruch and Jean-Pierre Bourguinon. What does this appointment mean to you?

It is of course a great honor for me and a great responsibility, combined with the mission to change things.

For the beginning, please explain: What is the task of the EMS?

As a European umbrella organization, the EMS is on the one hand the union of all European mathematical associations and also the superstructure of research institutes like Oberwolfach in the Black Forest or the Mittag-Leffler-Institute in Sweden. And it has over 3000 personal members. Thus, it is also the professional organization of European mathematicians. Here we always speak of geographical Europe, which includes countries other than the EU, such as Russia, Georgia and Turkey.

The EMS has a variety of tasks: It organizes conferences, workshops, summer schools. It is lobbying for mathematics in Brussels. It is involved in research programs such as Horizon 2020 and makes proposals for the appointment of committees such as the European Research Council ERC or the Abel Prize Committee. We have developed an ethics agenda on publishing and plagiarism. There is an Education Committee where we work on common European educational standards. Further more, we support developing countries for example in Northern Africa by setting up centers and sponsoring events there. Last but not least, EMS also owns a publishing house, which publishes scientific journals and books.

You will begin you four-year term on 1st January 2019. What are your main concerns?

I have several items on my agenda. On the one hand, I want to foster cooperation and communication within mathematics between pure and applied mathematics. And also on the interdisciplinary level between mathematics and various other sciences in which mathematics plays a role – for example physics, computer science, or even biology - we are just in the middle of the Year of Mathematical Biology.

Is this actually still necessary? Now I ask from the Berlin perspective, where this is already established in the context of Matheon.

Yes. In its founding years at the beginning of the 1990s, the EMS was strongly dominated by pure mathematics. Although this has already shifted, disciplines such as statistics and mathematical biology are still underrepresented. And I would like to change that, so that the entire mathematics is covered and recognized - and works together.

In addition, the topic of education at school and teacher training is very important to me, because it is currently a problem in all countries.

And a third point are the very different mathematical cultures in different parts of Europe. For example, in the Western European countries applied mathematics is very well developed and networked and is also sponsored. In Eastern Europe, on the other hand, it is hardly represented. I have been working a lot in this field during the last few years.

How do you want to tackle these tasks in practice?

As far as the last point is concerned, we are building networks in each of the countries that are available to industry as partners in the context of research projects. We have established this, for example, in Hungary, the Czech Republic, Romania, Bulgaria. In concrete terms, this means that companies do not only invest in production sites in these countries but also in research. For this, the mathematical community must be organized and visible on site. And we try to strengthen that.

Why is such a culture not yet established there?

There are several reasons for that. First, the culture before the Wende. At that time much was organized in academies, less in universities and research centers. More essential is, however, that after the fall of the Wall, the industry, which had not been so strong before, broke down completely, at least in many cases. Meanwhile, this is slowly recovering, and some companies are producing there. In the IT sector, for example, the Baltic States are far ahead. And so there are many companies that need mathematics.

What can you do in the school topic?

This is a veritable Moloch, where I personally can probably not do so much. But it is an incredibly important topic where we have been involved as EMS with a Commission for years. For example, in 2000, we have already worked out, what belongs into a school curriculum - for all pupils, not just those who want to study math, but also the later business administrators, biologists, engineers. It is a difficult field, as we know from Germany, but I will continue to work for common European standards in school education and teacher training.

In addition, we have a very good commission for public relations, whose responsibility just moved from Ehrhard Behrends at the Freie Universität Berlin to Italy. There, it will be further developed in the direction we have already been taking here at Matheon for many years in terms of publicity and schools. One idea, for example, is to make the digital mathematical Advent calendar a European one.

Is the EMS also cooperating with teachers? And are teachers also involved in the EMS?

Yes, in some countries, the mathematical societies are even very teacher-oriented. In the EMS itself, didacts are also integrated and there is the Education Committee. Ultimately, we really have to bring our ideas and concepts to the countries, despite some pitfalls that await us. Sometimes, however, it is even easier to argue with Europe than, for example, vis-à-vis the federal states with nationwide initiatives or regulations.

Regarding the cooperation between the disciplines and sciences, you can rely on the successful work at Matheon.

Yes. And I think that's one of the main reasons why I was asked to take on this job and that I was elected. Many have recognized that there is a need for change in this area, but there are not necessarily many personalities who are committed to bringing that to life, and to promoting it, and who also have some leadership skills. I was already GAMM President and Matheon spokesman. In addition, I have been EMS Vice-President for some years now and have been on the relevant committees for some time, so that the cross-disciplinary and interdisciplinary aspects are already an essential part of my current work.

In particular, it is important to strengthen this cooperation, without the balance being disturbed and without people having to worry about their sinecure. But it will not be easy. The cultures are still very different; in some countries much is still very hierarchically oriented with a few superstars at the top of a big pyramid.

Your presidency will also make you a lobbyist for mathematics in Brussels. What will be your main concerns there?

How do you want to achieve that?

Of course, this is very difficult, because lobbying in Brussels is generally not that easy unless you have something to demonstrate. So, in recent years, we have been pushing forward with our sub-organization EU-MATH-IN, which promotes collaboration between math and industry. With the success that the EU is talking to us now. Not directly with us mathematicians, but with the industry partners from our network who say: we need mathematics. And this is our chance.

As to the fact that mathematics is of so little interest in Brussels - maliciously speaking - some colleagues are not entirely innocent. The EMS had lobbied quite successfully in the early 90s. And then there was a poll among Fields Medalists and Nobel Prize winners, about their needs for the next few years. Our Fields medal winners either did not answer or said: all we need is paper and pencil. And with that, the support for mathematics was just off the table.

Berlin mathematics is extremely committed and well represented in the European committees - I only mention Jürg Kramer and Bettina Rösken-Winter of the HU in didactics, Ehrhard Behrends and Dirk Werner of the FU in public relations and in the ethics committee, respectively. Insofar Europe looks, how things go in Berlin.

As for Europe in Berlin: When I look at my working group, I see people from Greece, Switzerland, Italy, the Netherlands - half of my doctoral students are from European countries. The proportion at BMS is also about one quarter.

What about the promotion of young talented mathematicians in Europe at all?

The promotion of junior scientists and women are also important issues that are often neglected at the European level and where there are major differences between the individual countries. We have seen this very extremely as a result of the financial crisis of 2008. Since the young people in Greece, Spain, Portugal, Italy, got no jobs because there were no jobs. That's one reason why so many are here in Germany. This imbalance needs to be addressed.

Money has to flow into these countries, the young people have to be trained to write applications. To do this, you need to bring them together and give them responsibility, in summer schools or self-organized activities that you support to make them learn and to make them visible.

Women as well have to be more visible and here we can start within the EMS. We have just added the "European Women in Mathematics" as another society to improve cooperation and communication. Women must also be adequately represented in our commissions and in the editorial boards of the journals.

Part of this strategy is that with Betül Tanbay, you now have a female Vice-President at your side.

Yes. She is a professor at Istanbul's Bogazici University and is very pro-active in her interests and also in democracy. It was my wish to have a woman in this position and a personality that also represents the countries that are not part of the classic EU countries. This is a crucial point where we can also help a bit to break down barriers and create role models.

What changes for your professional life with taking over the presidency?

There will certainly be more bureaucracy. I'll be traveling even more, and that's a bad fit with the regular semester operation. So in the first place I will do less teaching or at least organize it more in block courses. I think there will be no sacrifices in research. Because many of the things on my agenda have to do with research and carrying out research projects.

Are you looking forward to your new task?

Honestly I did not want to take over this appointment originally. When I took on the job of Vice President I only did it on condition that I would not have to become President.

And what has changed your mind now?

Many people asked me, so you automatically feel responsible. And I also feel like changing certain things. I hope I can keep that motivation during the next few years.